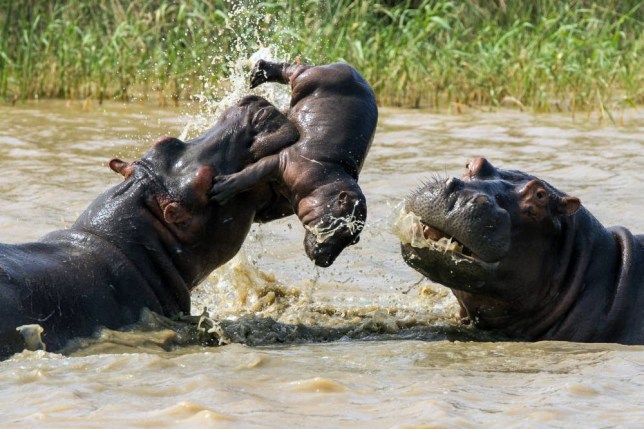 Why Baby Hippos are Killed by the Adult Males

Why Baby hippos are killed by the adult males

Female hippos have a gestation of 8 months and when birth time is due they always move away from the pod (group of hippos).  The females find a different territory and stay away until they give birth. After birth and the calf is able to run from threat, the mother then has to return the calf to the rest of the pod which is in most cases not welcomed.

This is so because the dominant males or bulls have a tendency of resenting the young ones (especially males) as a strategy of reducing competition for future dominance in the school of hippos.  The mother has to fight and protect their young ones but at times fail and deaths can be registered. Sometimes the mother tends to move away with the young one and find a new residence.

Facts about Baby Hippos and Adults 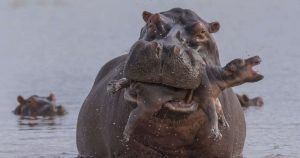 Where to see Hippos in Uganda

On a safari to Uganda and wondering where you can have a glimpse of the hippos then these spots are the best to visit.;

Kazinga channel is one of the best boat cruise areas for a wildlife safari in Uganda. The 40km long channel connecting lakes Edward and George in Queen Elizabeth National Park is a good habitat for hippos. The channel has the highest concentration of hippos in the whole of Africa with hundreds of hippos in the water.

Within Queen Elizabeth National Park, you can also see hippos at the Ntungwe River at the ishasha sector of the park famed for tree climbing lions.

A boat cruise during a safari in Murchison Falls National Park is a great opportunity to see hippos. You can spot the Hippos while on the Nile River boat cruise, on the down river boat ride to the Albert Nile and even on a game drive near Albert Nile.

A boat cruise on Lake Mburo National Park‘s Lake Mburois another great way of seeing hippos during a Uganda wildlife safari. The hippos can be seen during any of the boat cruises on the park though they are not as many as those in the Kazinga channel or in Murchison Falls National Park.